A 40 Room Luxury Property in the Sigiriya Jungle. 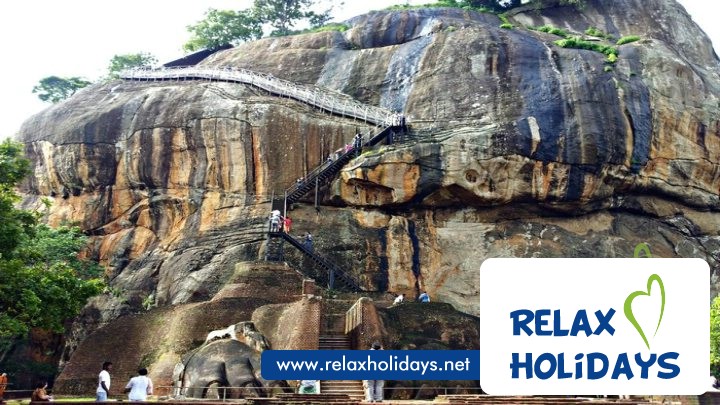 According to the ancient Sri Lankan chronicle the Culavamsa, this site was selected by King Kasyapa (477 – 495 CE) for his new capital. He built his palace on the top of this rock and decorated its sides with colourful frescoes. On a small plateau about halfway up the side of this rock he built a gateway in the form of an enormous lion. The name of this place is derived from this structure —Sīhāgiri, the Lion Rock. The capital and the royal palace was abandoned after the king’s death. It was used as a Buddhist monastery until the 14th century.

Sigiriya today is a UNESCO listed World Heritage Site. It is one of the best preserved examples of ancient urban planning. It is the most visited historic site in Sri Lanka. 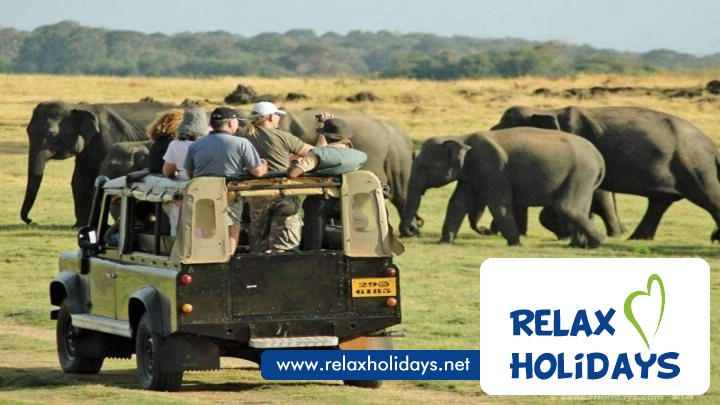 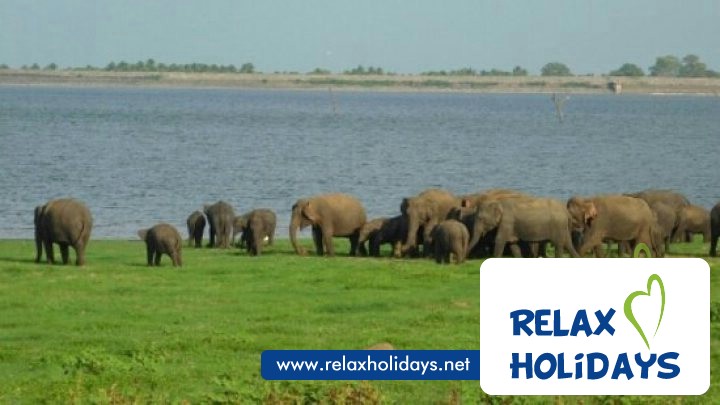 Sri Lanka’s newest national park (opened in 2002) and is located off the main Habarana – Trincomalee road in the ancient cities’ area (Cultural Triangle). The park has established a 6656-hectare elephant corridor between Somawathie Chaitiya and Minneriya National Parks . Just 6km off the Habarana–Trincomalee road at Gal Oya junction. The best time to visit the park is between August and December. The park is centred on ancient Kaudulla Tank (reservoir) and is home to up to 250 Elephants (including herds of juvenile males), Leopard, Fishing cat, Sloth bear, Sambar deer, and the endangered Rusty spotted cat.

Topography is varied with hills, lowlands, forest and scrub land. Kaudulla is an ancient irrigation tank with a capacity of 104,000 feet acres. The main source of water is giant canal which is around the tank. The main annual rainfall is about 1500-2000 mm; mean annual temperature is 20°C. 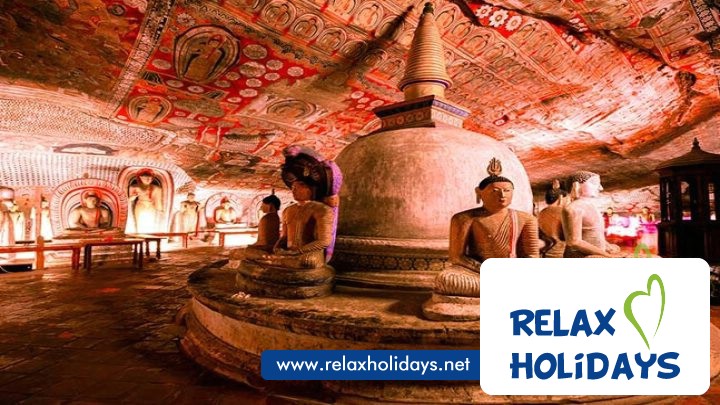 The Dambulla Rock Temple had first been constructed during the reign of King Vattagamini Abhaya ( 103 BC and 89-77 BC ). The Sinhalese often call him as King Valagamba. During a South Indian invasion the king had to abandon his Anuradhapura Kingdom . For 12 years, King Valagamba was in hiding and had frequented these caves for his safety. After regaining the kingdom of Anuradhapura and becoming the King, to show his gratefulness for his safe place, he converted those caves into Buddhist Temples by constructing walled partitions under the rock overhang which spans the entire area as a single large cave. He got drip ledges made along this large cave and made it suitable to withstand rainy weather and avoided water seeping inside the caved areas. The three cave temples named as Devarajalena, Maharajalena and the Paccimalena were constructed by him.

After King Vattagamini Abaya’s rein, for several centuries this cave temple had not come under the patronage of any other Kings until Vijayabahu I (1055-1110 AD ), who made Polonnaruwa his kingdom. He had done renovations to the Cave temples and it is believed that there were Buddhist monks dwelling in this and nearby caves at that times. King Keerthi Sri Nissankamalla (1187-1196 AD ) was much involved in uplifting the place with many additional Buddha images being constructed and gold plating some seventy three Buddha images in the cave temple. 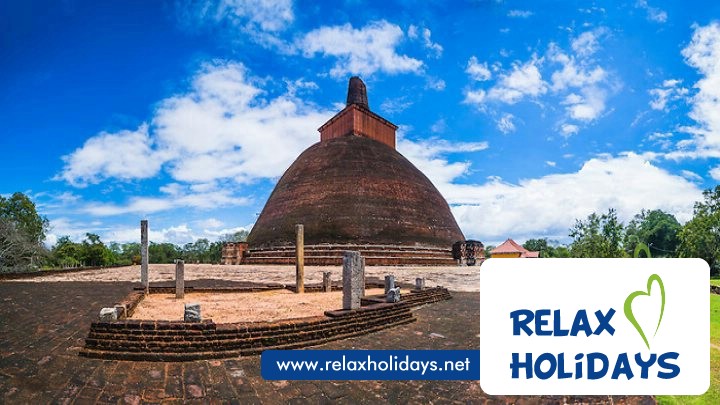 According to Mahavamsa, the great chronicle of the Sri Lanka, the city of Anuradhapura was named after a Minister called Anuradha who founded this area as a village settlement. He was one of the ministers who accompanied king Vijaya from India, who according to the tradition founded the Sinhalese Race in Sri Lanka.

It was king Pandukabhaya who made it his capital in the 4th Century BC. It was during the period of his grandson king Devanampiyatissa that the Buddhism was brought to Sri Lanka by Arhath Mahinda Thero, the son of Emperor Asoka in India. This was 236 years (middle of 3rd century BC) after passing a way of Load Buddha. From this point onwards a great civilization developed based on one of the greatest religions of South East Asia, Buddhism.

Anuradhapura is a must visit tourist destination for those who wish to to see the what Sri Lanka was 2000 years ago. The Sri Maha Bodhi which is a off shoot of the very tree at which Buddha attained nirvana lies in the center of the holy city. Planted in 249 BC, this is the oldest tree in the world of recorded history. 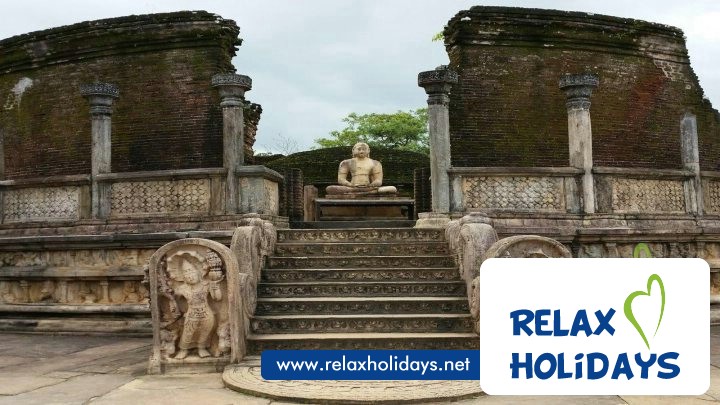 Sri Lanka’s splendid medieval capital was established as the first city of the land in the 11th Century, A.D. It replaced Anuradhapura, which was plundered, made desolate and laid hopelessly bare to the invading armies from South India.

Three Kings dominate the chronicles of the city and the period. The city reached a dazzling but pitifully brief zenith in the 12th century and though ravaged by invasion in the centuries that followed, much evidence remains of the old grandeur and glory.The ruins of the ancient city stand on the east shore of a large artificial lake, the Topa Wewa Lake, or Parakrama Samudraya (the Sea of Parakrama), built by King Parakramabahu I (1153-86), whose reign was Polonnaruwa‘s golden age. Within a rectangle of city walls stand palace buildings and clusters of dozens of dagobas, temples and various other religious buildings.A scattering of other historic buildings can be found to the north of the main complex, outside the city walls and close to the main road to Habarana and Dambulla. 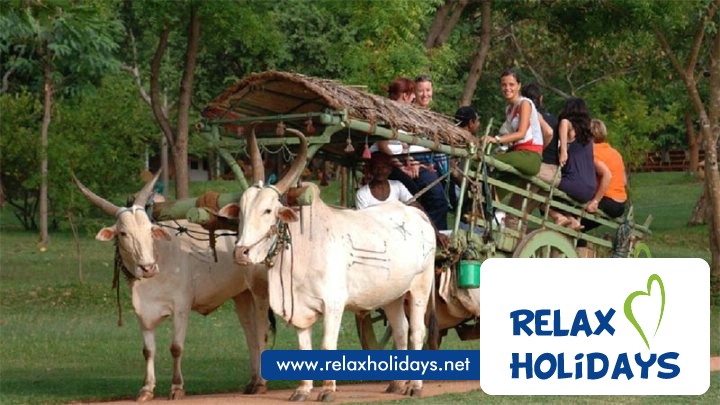 Trek through the archetypal Sri Lankan Typical village. The trek begins with an awesome walk along a bund of a Wewa or manmade reservoir. The reservoir itself, the surrounding scrub jungle, marshland and village are a hive of early morning or an evening activity. The amazing birdlife, butterflies and possible sightings of crocodile only add to the charm of seeing the villagers as they go about their early morning tasks of fishing, or washing clothes at the periphery of the lake

Few activities to chose from: Bullock Cart Ride /  Catamaran Safari / Traditional Village Lunch at Local House. Please speak to our team if you would to like to arrange a village tour. 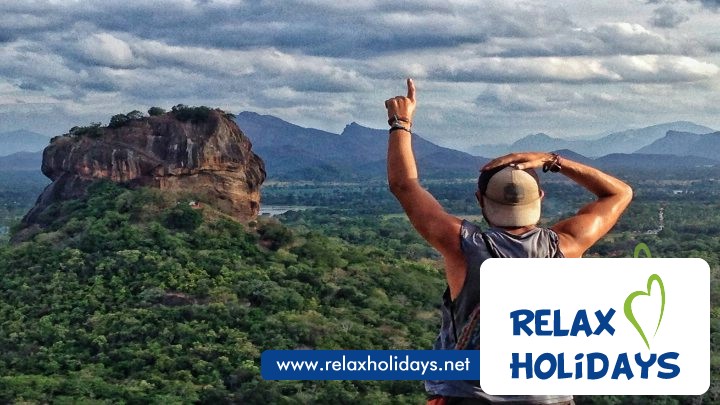 This 13 acre extended monastery Complex illustrates religious attitude of king kashyapa (477-495 A:D) who built world renowned Sigiriya Rock Fortress during his reign. Pidurangala ancient monastery which is located adjacent to the Sigiriya rock is believed to be the Royal Temple where the king Kashyapa worshipped. According to legend when kashyapa arrived in Sigiriya to build his rock fortress capital, the caves around here was occupied by Buddhist monks who observe meditation. The king shifted that “Sigiriya monastery complex” to Pidurangala. As the legend goes referring the meaning for “Pidurangala” as “offered monastery rock”. But some inscriptions says pidurangala was also a monastery beyond Kashyapa period. According to historical chronicles, Pidurangala has been existed as a well civilized, ancient place. All these details have been well confirmed by Brahmin inscriptions, rock inscriptions on the rock shelters.

Timing is very important in ballooning. Once a pick up time is set for you, please ready for the pickup. Flights take off in Kandalama. Launch sites may change considering wind directions and speeds. Dress casually. As in for hiking with closed toe shoes. Pregnant ladies and children under 7 are not allowed in the balloon.

Pickups from the Amaara Forest Hotel are usually around 4.45 am. Bookings usually need to be made in advnace, however if you are interested we can check availability for you. 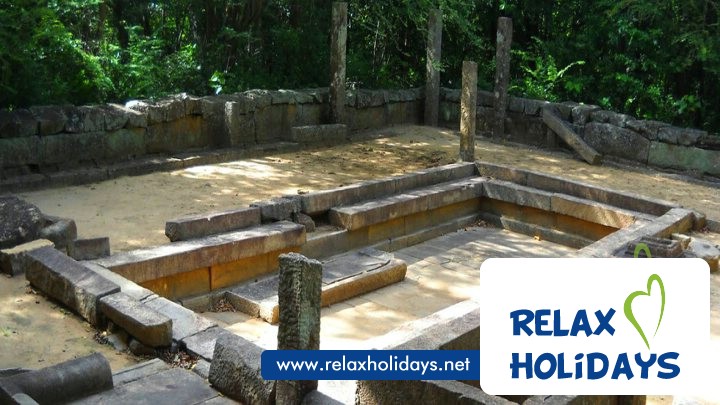 Ritigala Mountain at a height of 766 m above the sea-level is the highest mountain in the north-central dry plains of Sri Lanka. The mountain mass about three miles long and about two miles wide at its widest point is covered with dense jungle inhabited by wild elephants, leopards and bears. It is the watershed of the Malwatu Oya which feeds the Nachaduwa tank and Kalueba Ela which feeds Huruluwewa. The Ritigala Mountain has been declared a Strict Natural Reserve in order to maintain its pristine environment. Ritigala mountain’s cloud cover and mist that cloth it most of the year round has resulted in a flora much more commonly found at the central hills of wet zone than those in the dry plains: the upper part of the mountain is well known for its flora, some of which are rare; it has also a range of wild orchids.